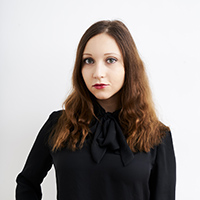 PowerPoint can be so effective because of its ability to combine words and images to communicate ideas. But its effectiveness as a tool will be blunted if you fail to pay attention to the delicately balancing these two components. A presentation can get thrown off balance in one of two ways:

Most audiences have seen plenty of presentations, and they’re fatigued by anything that doesn’t immediately capture their attention. Here's where images can be a seriously powerful strategy, often summarizing an idea more succinctly than words. Also, they're often more memorable.

Why are your PowerPoint templates so important?

Forget the uninspiring stock photos and tired cliches that riddle most business presentations, and update your look. It’s time for a PowerPoint makeover. For part one, we enlisted the help of our good friends at Eyeful Presentations, to collect some of the most common PowerPoint template fails for you to avoid. For over 10 years, Eyeful have delivered training seminars on creating better business presentations to some of the world’s biggest companies. They’ve researched what makes an effective presentation more than anyone else we know.

So, in no particular order here’s a list of the biggest PowerPoint template faux pas: Don't settle for tired templates and cheesy off-the-shelf stock photography. Get unlimited access to authentic imagery and give your PowerPoint temaplates a breath of fresh air with Pickit Free Images.