How crowdsourcing is helping people cooperate 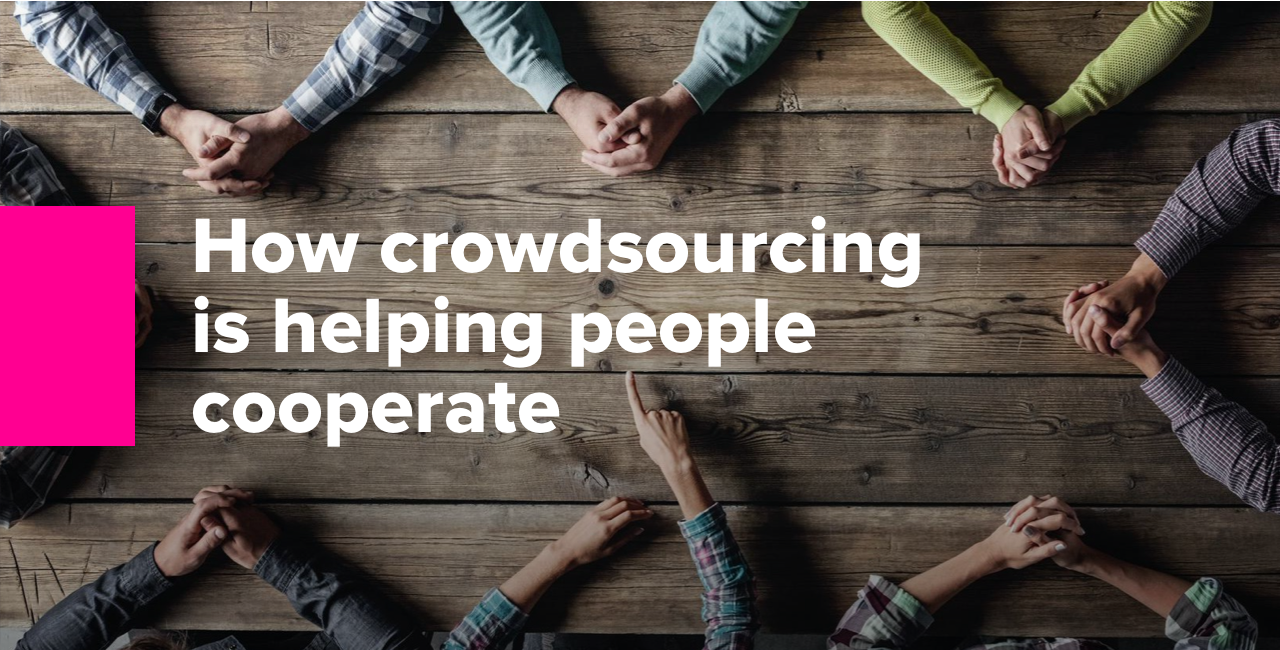 Crowdsourcing is transforming what it means to cooperate. With millions of potential collaborators at our fingertips, we can now work with the people we’re inspired by on the projects we love. It’s a simple concept, but one that’s making the idea of cooperation more exciting than ever before.

When crowdsourcing was nothing but a twinkle in the internet’s eye, collaboration meant working with people you had personally met. Now it means exchanging talent, ideas, and expertise with literally anyone in the world. When it comes to problem-solving, this is a mind-blowing concept.

A classic example of the wisdom of the crowd is the jelly-beans-in-the-jar experiment. Despite the fact that pretty much everyone guesses the wrong number, the group’s estimate is almost always spot on. The same goes with crowdsourcing. If you involve enough people, the chances are you’re going to have the collective talent, experience, and manpower to make your project a success. It’s simple math.

You don’t have to come from a cool creative agency or have the fanciest portfolio. If you have an impressive skill, you can become part of the crowd. And for marketers, that’s powerful. It means you can look beyond your standard bank of freelancers, to individuals with the experience, skills, and dedication you need for your project. They may not have a swanky website or expensive business cards, but if they can do the job, does it really matter?

In fact, even egyptologists are getting onboard with crowdsourcing. It turns out that whereas one expert might take months to recognize patterns in hieroglyphics, recruiting the help of thousands of untrained enthusiasts can get the job done in a matter of days. After all, there’s power in numbers.

READ MORE: How Can I Get People Involved In My Crowdsourcing Project?

Crowdsourcing brings out the best in computers and humans

Some scientists predict that a robot will win a Pulitzer one day. Thanks to automation, machines are now capable of a lot of things, and in a few short years, writing might even be one of them. But until then, you still need people. Sure, there are some administrative tasks that can be sped up with the help of an algorithm, but when it comes to creative projects, the human mind is still a given.

But that doesn’t mean you have to work at an individual level. Crowdsourcing allows you to harness the wonderful creativity and intuition of the human brain, on a far broader scale. By allocating small tasks to lots of people, it doesn’t matter how big your project is—you’ll always get a perfectly tailored result.

What this means for your business

Collaboration is far from a new idea, which is probably why crowdsourcing just makes so much sense. In essence, the crowd is an extension of your office. It contains all the people you need to make your business a success. And the best bit? You don’t have to have the resources or the budget of a multinational company to benefit from it.